Cirebon (formerly rendered Cheribon or Chirebon in English) is a port city on the north coast of the Indonesian island of Java. It is located in the province of West Java near the provincial border with Central Java, approximately 297 km (185 mi) east of Jakarta. The sultanate court lies near the modern day city of Cirebon on West Java’s north coast. Throughout the 16th and 17th centuries, the sultanate thrived and became the region’s centre of trade and commerce, as well as served as an Islamic learning and dissemination centre. The sultanate split into four royal houses, starting in 1677. Today there are four kratons (palaces) in Cirebon; Keraton Kasepuhan, Kraton Kanoman, Keraton Kacirebonan, and Keraton Keprabonan, each has its own lineage and all are the descendants and remnants of the Cirebon Sultanate.

According to the manuscript Purwaka Caruban Nagari, in 15th century Cirebon started as a small fishing village named Muara Jati. At that time the port of Muara Jati already attracted foreign traders.

Cirebon itself is known as Grage in the Cirebon dialect of Javanese language, which came from the words “Negara Gede”, meaning “Great Kingdom.” As a port city, Cirebon attracts visitors and settlers from elsewhere in Indonesia and from other nations as well. Cirebon culture was described as Java Pasisiran (coastal) culture, similar to the cultures of Banten, Pekalongan, and Semarang, with notable mixtures of Sundanese, Chinese, Arabic-Islamic, and European influences.

Batik textiles from Cirebon, especially Cirebon batik with vivid colors with motifs and patterns, that demonstrate Chinese and local influences, are well known. Tarling is a musical tradition reminiscent of Bandung’s kecapi suling music with except that it features guitar, suling (bamboo flute) and voice. The name derived from gitar (guitar), and suling (flute).

As one tourist destination in West Java, Cirebon City offers many charms ranging from a historical tour of the royal glory of Islam, the story of the trustees, Complex Sunan Gunung Jati in Mount Sembung about 24 kilometres (15 mi) to the west of the city center, Great Mosque of Cirebon, Taqwa Mosque, temple ancient buildings and relics of Netherlands. 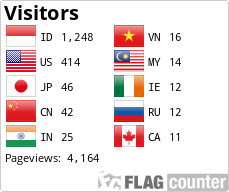